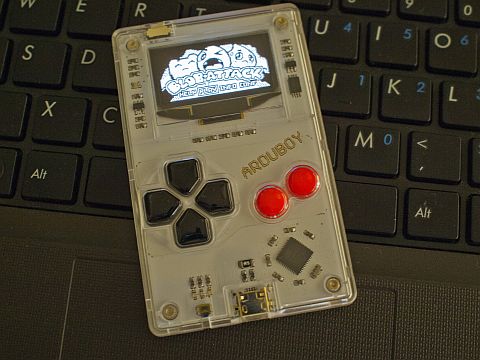 This is a portable game machine combining Arduino Leonardo equivalent CPU and 180 mAh battery, SSD1306 OLED display, piezoelectric buzzer, operation buttons.
The selling price at the venue was 5,000 yen.
Even buying parts individually will not be so cheap.
Anyway I bought it because the making of the casing was very good.

Although the appearance is a game machine style, it is a wonderful Arduino compatible machine.
Since the USB connector is built in, all you need is just connecting the cable.
Of course, you can write programs in Arduino IDE and run it normally.

For the setup etc of the development environment, the following page is detailed.

However, one thing that needs attention is “It will not work with Arduino 1.6.10.”
During compilation I got an error saying

-fno-fat-lto-objects are supported only with linker plugin.

and it stops.
(8/19 update: Arduino 1.6.11 has been released, it works fine.)
This seems to be caused by inconsistency of Arduino IDE and Arduboy library.
Arduino 1.6.9 works without problems.

As the first step, I tested some games and samples attached to the Arduboy library.

*Hello, World!
A Sample displays characters on the OLED. The code is here . 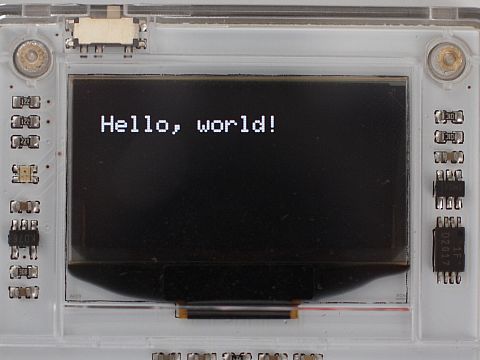 *ArduBreakout
A breakout with button operation. The code is here. 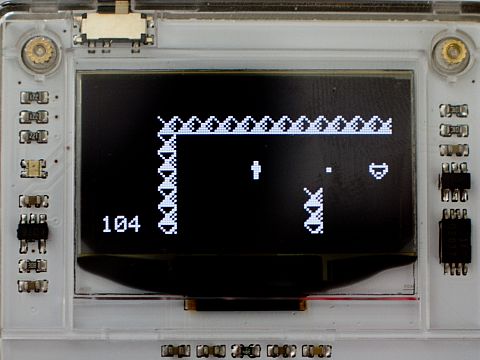 *伊for Arduboy
A side scrolling shooter. I impressed that it can move objects much more than I had thought. 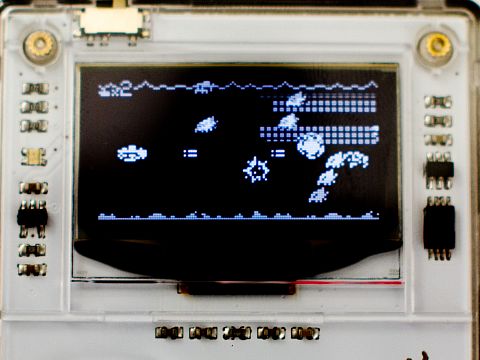 Looking at the community site , it seems that 27 games are currently registered in the wiki.
There were also various demos that were not games including a demonstration of RPG similar to the Legends of Zelda.

An introduction of various works is in the following article.